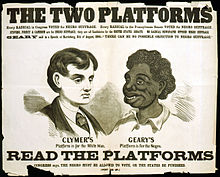 At several points in my life, I have been confronted with racism. These occurrences were not life threatening but they were hurtful nonetheless. When I started going out with Mr.M, I often heard that he was only with me to have fun on his holiday. You know white guy goes on holiday to South East Asia. He promises the innocent Asian girl that he loves her. But we all know what he is after, right? Wrong! I am glad that I trusted my instincts in this case because Mr. M turned out to be my soul-mate. But he had a hard time convincing others of his honest intentions. Once we were walking down a street and a man passing by on a scooter, shouted profanities at us. Since we were the only ones walking on the path, we assumed he was offended by the fact that we were a mixed couple. We could see his face; he was one from my race.

I live in Germany for more than eleven years now. I am often asked, if I have faced racism during that time. I can only say that wherever I have been, I have been welcomed in a friendly and accepting manner. In fact my physical difference seems to add a certain level of exoticness to my being. People often want to know where I come from and what it is like there. The Germans I have met so far are extremely open to other cultures and love travelling, which I think helps to expand one’s mental horizon. They love foreign cuisine too; evident in the number of döner, pizzeria, Chinese or Thai restaurants in most towns.

Having said that, after we moved to the village we are living in now, I heard from several sources that the area we moved to was a stronghold for neo-nazis. The first time I went to the post office, which is actually integrated into a small store run by an old lady, I was hurt by the abrupt way she treated me. She was grouchy and unfriendly. I assumed that the rumours were true and was in tears when I related my experience to Mr.M. I dreaded going there again but I had to post Christmas cards. This time she was extremely friendly to me and chatted with me for a long time. The next day when I came back to post the second batch of cards, she even told me that she had pasted Christmassy stickers on the cards. She was probably having a bad day when I first met her. However the “news” I had heard caused me to interpret her actions wrongly. Imagine how it would have been, if I had only gone there once? I would have unknowingly and falsely confirmed the racism claims.

However recently I had an upsetting conversation with a German teenager. The teenager was never interested in excelling academically. He has the minimum school education. He was complaining about the fact that he had difficulties finding an apprenticeship. He has been rejected with the explanation that he was not qualified for the position he applied for. I thought he was going to admit that it was a mistake that he did not take school seriously. Instead he said in an angry tone, “Instead of training me, a local citizen, they rather employ skilled workers from overseas. They support foreigners, who only come here for the money.” If you asked him, he would not say that his remark was racist. In fact he feels as if he is being discriminated against. Is this the beginnings of racism? How to make it clear to such people in similar situations that their anger is misdirected?

I watched a documentary on the Ku Klux Klan aka the Knights Party yesterday. The reporter followed members of this group for a certain period of time. One of the men interviewed admitted to being a Neo-Nazi as well. He said that his parents did not share his sentiments. However he has felt the hatred against Jews since he was a child. He hated Jews for being Jewish, not because he was taught at home to hate them or because he was hurt by them.

Where does racism start? Does racism sprout off stereotypes? Do clichés fertilise racist ideas? Like we all have the propensity to do evil; do we all have a racist part in us? Does ignorance and hatred cause this side of us to surface and take over our minds and guide our actions?

It cannot be said often enough, be our differences are only skin deep. Inside we are all the same. We have the same anatomy. The colour of our blood is the same. If you need a blood transfusion to save your life, only the blood type and not the race of the donor matters. The same things can hurt us physically. We go through the same cycle of birth, life and death. Ultimately we all want to live a happy life. Living itself is complicated and it is unnecessary to further complicate it with racism.

21 thoughts on “Racism has many faces”